New York City is temperamental, especially in the summer. Once the sun gets blazing upon your head, you’ll wish you were in the country. This is the perfect time to embrace the shady lanes that West Village and its surroundings have to offer — without giving up on the urban comforts. Follow our lead to spend a relaxing day while learning about quintessential New York history — no skyscrapers or financiers: just artists, poets and the civil rights movements. 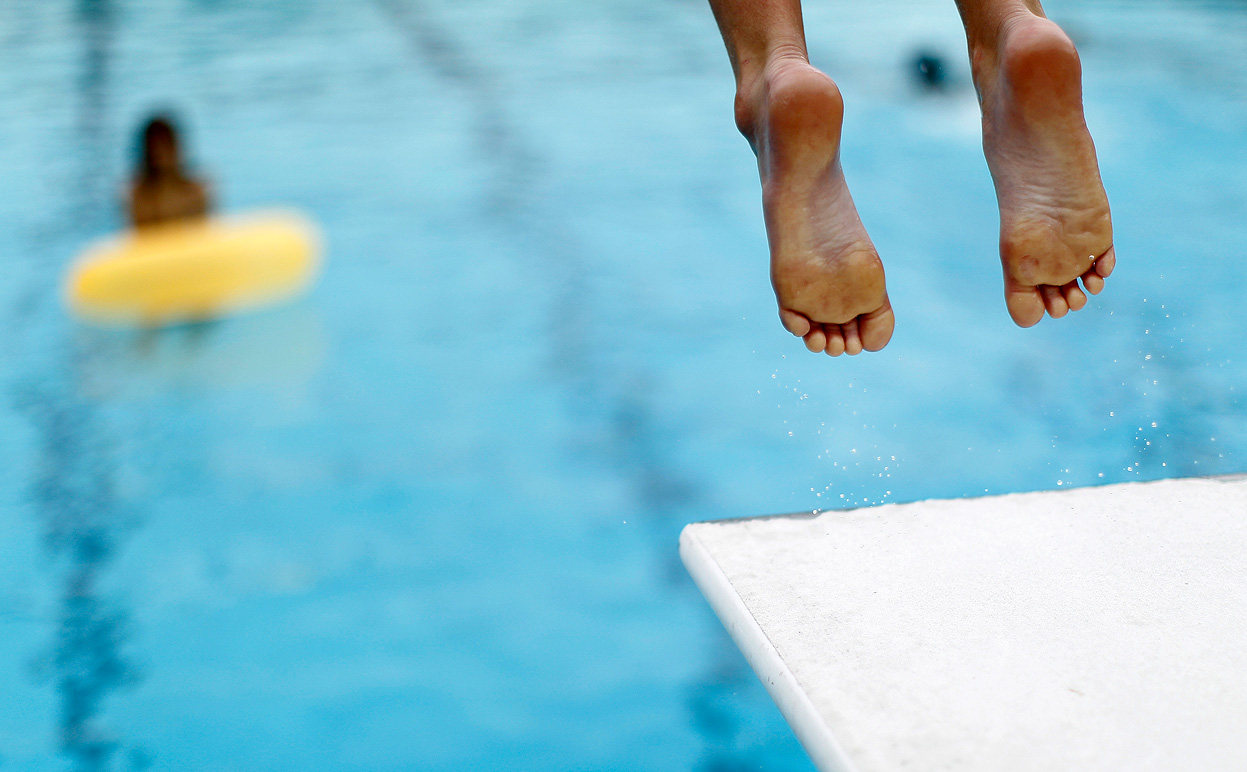 One of the most admired and well kept free swimming pools in the city is a great way to keep the heat wave off. Splash in the outdoor pool replete with a 1987 Keith Haring mural and celebrate the area’s rich history without getting sunstroke. Getting through with your morning workout has never been this inspiring.

Kick it off at Cafe Gitane in Jane Hotel

This 1950s Casablanca-inspired place is often packed and can feel stuffy – despite all the effort from the ceiling fans – but it’s worth making a reservation. The traditional French coffee and croissant breakfast will not disappoint but your best bet would be a spicy avocado toast and a glass of freshly pressed watermelon. Or just skip the meal and get fabulous – down a couple of their champagne cocktails. 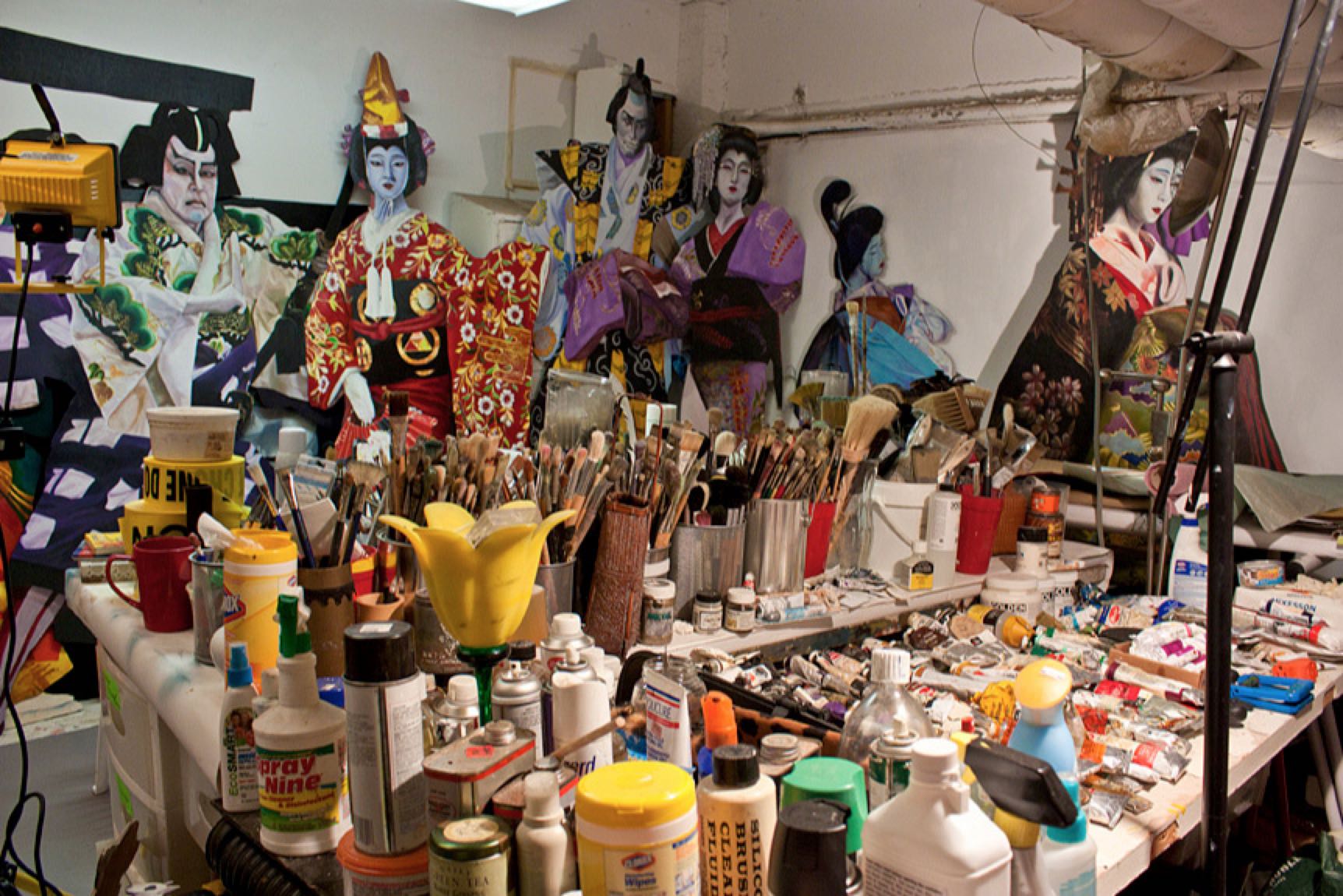 This hub of affordable housing for artists is off limits most of the time — and the waiting lists for studios stretch across a ten years span. But the residents occasionally host garage sales which allow you to explore their dwellings and bring home a weird little tchotchke: like a dented train whistle or a rare set of vinyls.

Get inspired at Jefferson Market library

This NYPL branch located in a 19th century courthouse is a curious confection of Victorian Gothic that feeds your imagination. Sit in the reading room with a book and let your mind drift off as you watch a quiet little garden through the stained glass windows. If poetry is your jam, something by e. e. cummings will only be appropriate: as a longtime resident of the area, he fought for the preservation of the building alongside other concerned citizens.

425 Avenue of the Americas 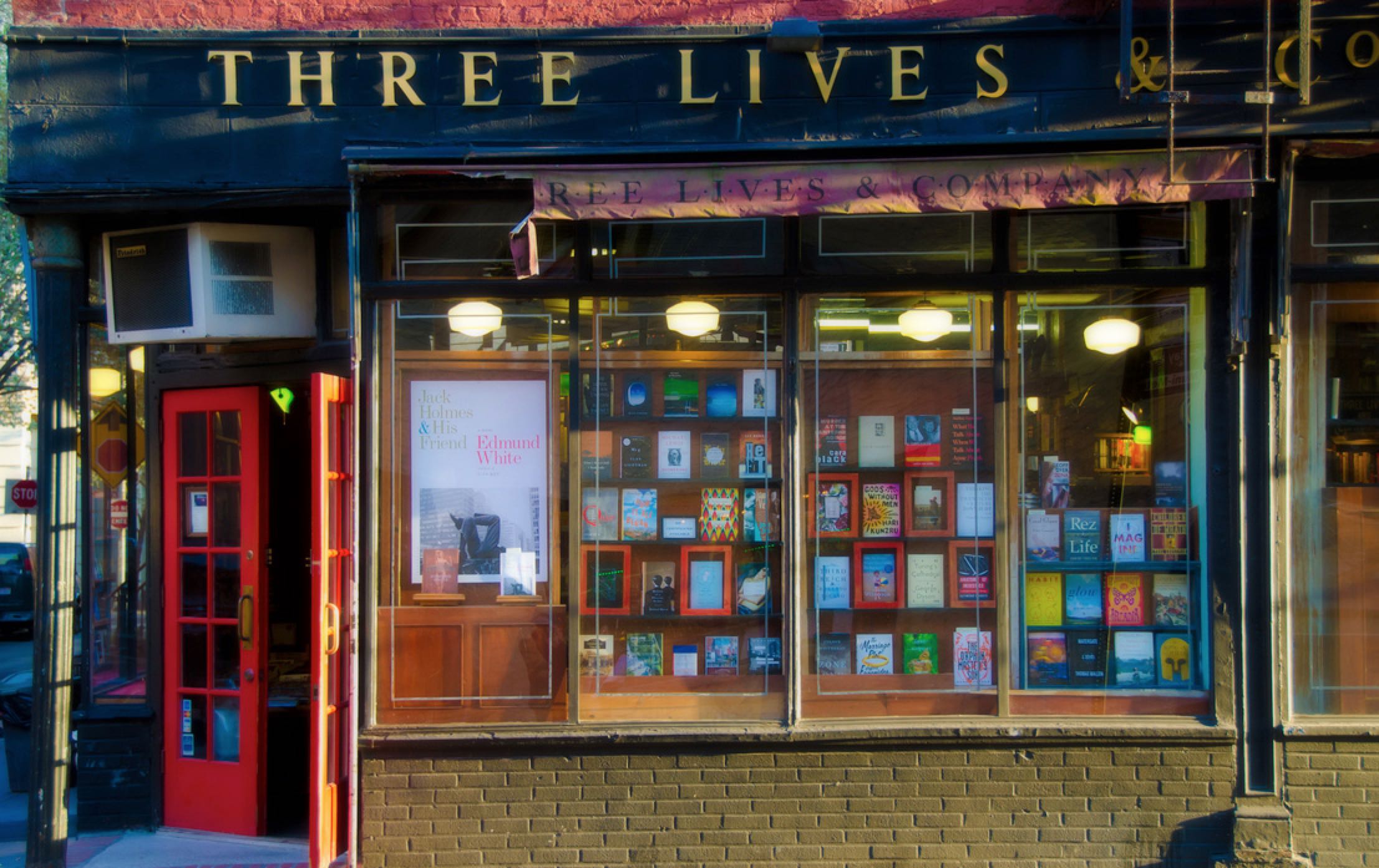 If borrowed books aren’t doing it for you, head to this quaint, brilliantly curated bookstore and discover your next favorite novel in one of the wall-to-wall shelves. And if you’re not into fiction, Three Lives is lauded for their cookbook and New York books selection. Don’t hesitate to ask the passionate and knowledgeable staff for recommendations.

Getting a small bunch of hydrangeas, hyacinths ,or peonies for yourself or for your partner in crime is always a good idea. This small flower shop over-spills out of its premises: it seems like they cater to the restaurant next door, making the whole block smell like it’s covered in the freshest blossoms.

Have lunch at Manousheh and Minetta Triangle

A hole in the wall that sells a variety of Lebanese flatbreads: served as wraps or pizza-spread with meat, cheese and vegetables. The best one, though, is plain with zataar, a mix of Middle Eastern spices, which goes for a dollar a piece during their weekday happy hour. Polish it off with a cooling Lebanese beer, or, if you’re craving something sweet: a sesame halwah manousheh. Take your food outside for a picnic in the offbeat park of Minetta Triangle. While you’re eating, ponder the mystery of Minetta Brook — one of the largest natural watercourses on Manhattan which may — or may not — still exist beneath your feet.

These 15 row houses, dating to 19th century, are off limits to the general public as they remain residential. But there’s always a good chance you’ll be able to sneak into the courtyard and imagine what this area looked like in 1923, when Theodore Dreiser was writing his American Tragedy in his room at number 16. Just try not to stare into the windows too much: even though the residents, who are lucky enough to inhabit this mix of Greek and Renaissance revival buildings, know that forfeiting privacy is the price to pay for a great crib.

Overlooking Washington square, this gallery is part of the NYU campus and presents a winning combination of academia and art. While its permanent collection has all the model works by the 20th century art establishment — like de Kooning and Picabia, — its temporary exhibitions are always cutting-edge both artistically and in terms of social context. Politically charged agendas, provocative artwork and artistic marvericks from around the world are the result of the gallery’s precise curatorial practice.

Spend some at Little Lebowski and Chess Forum 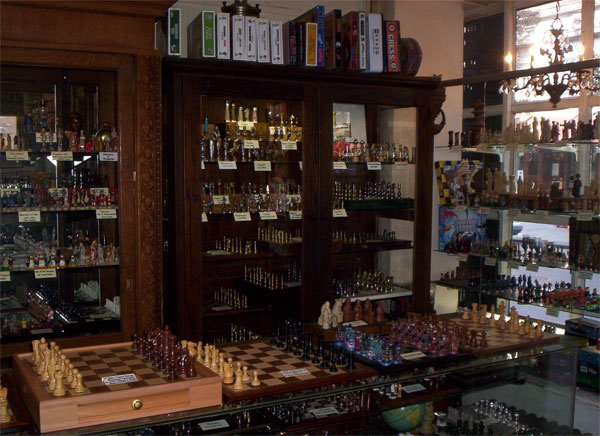 A running joke in the form of a pop-up store that was never meant to become a permanent institution. Yet here it is, 6 years later, going strong and selling any “The Dude”-themed T-shirt you can imagine. Get your last-minute gifts for fellow achievers here — or if you want something more refined, for instance to inspire your longtime partner’s tweens who are too young to be into Coen brothers — head next door to Chess forum. A custom made Super Mario-themed chess board will become a bridge among generations in no time.

Have dinner at Pearl

Whether you want oysters or one of the best Caesar salads in the city, arrive early: this tiny restaurant opens for dinner at 6 and fills up really quickly. And if the Village’s respite from the city hubbub is not enough, try Pearl’s lobster rolls. These fluffy buns, light on mayo and served with shoestring fries, convince you that you’re on vacation somewhere in New England.

Soak in some tunes at (le) poisson rouge, Fat Cat or Village Vanguard

The West Village is best known for its comedy clubs but if the jokes fall flat depending on who’s doing stand-up, music is always a safe bet, with options ranging from conventional to experimental. Village Vanguard is a historical jazz lounge and the place to go if you’re looking for well-preserved traditions. After all, be it Thelonius Monk or John Zorn, traditional doesn’t mean conventional. Fat Cat has gospel nights every Friday and pool tables, while Le Poisson Rouge is a powerhouse of the alternative and the obscure with the types of Marc Ribot and Laurie Anderson performing every once in a while. If you’re not into weird music, check out (le) poisson on the weekend — there’s funk as well as special 80s and 90s music themed nights.

Stonewall was at the forefront of the 1969 riots when its LGBT patrons protested against police raids. No longer owned by the mafia or marginalized in any way, this inn turned nightclub was designated a city landmark status in May 2015 for its role in the civil rights movement. All the same, Stonewall remains the best place to dance and meet someone beautiful. Come for the history and a drink – stay for the drag queens and the cute guy twerking like there’s no tomorrow.

Want to spend more time in the Big Apple and never have to feel other tourists breath down your neck? Check back to read about more off-the-beaten-path things to do in New York City in our blog.

This article was written by Katya Kazbek.

About Katya Kazbek
Katya is a Grabr contributor.
Featured stories

41 Ways to Travel and Make Money
Whether traveling for a week, month or the entire year, these 41 money-making tips will help fund your next adventure!
Earn Money on Your Travels
By delivering items along the way. A few of our top paying destinations:
São Paulo
786 Grabs
•
592 Offers